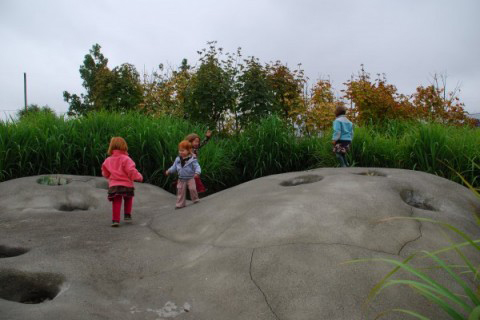 Nestled among the tangled vines in the verdant valley of Sonoma, CA lies a playful place called Cornerstone.  Follow the flying fence passed the great blue chair and you will be greeted with an harmonious convergence of boutique shopping, fine wine, delectable food, and a sophisticated display of landscape architecture.

Cornerstone opened it’s garden gates in 2004 with designs by renowned artists Topher Delaney, Mario Schjetnan, SWA Group, Ken Smtih, and Martha Swartz to name a few of many.  The concept for Cornerstone was inspired by the International Garden Festival at Chaumont-sur-Loire in France. Today, many of the original installations remain and have morphed into a labyrinth of exquisite design. 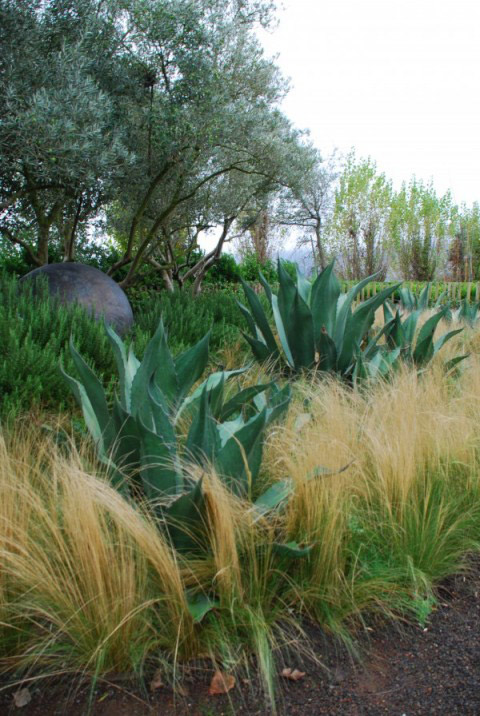 One of my favorite installations was the Garden of Contrast by James Van Sweden, which lies along the east border of the gardens. Since inception it has ripened into a sea of straw colored grasses, sculpturesque agave, fragrant rosemary, and fruited olives complete with a slight change in elevation and a dramatic path exposing expansive views of the valley (and Ken Smith’s Daisies). I loved this garden because while standing within it, I felt grounded as though I was swept away to a peaceful place far away. 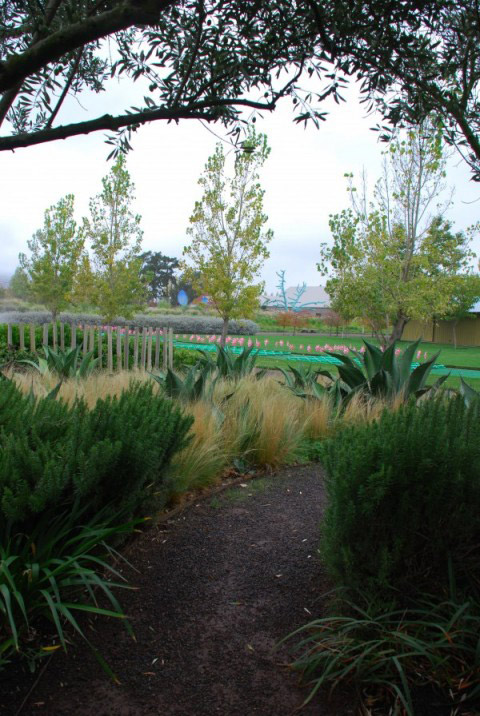 I WAS in a peaceful place far away from the sands of the desert, but the garden installations at Cornerstone stand side by side AND my two young children were frolicking through Topher Delaney’s masterpiece in the distance. Evoking a feeling of quiet and comfort under these circumstances would seem unattainable.  However, the scale of the plant material and the overall design is what contributed to the comforting qualities of the garden. Van Sweden’s design is a superior example of artful plant composition. The sculptural Agaves rupture through the earth like stands of coral among swaggering seagrass in a liquid atmosphere.  The Garden of Contrast exemplifies the magic of planting design and patience.

I could converse about each and every garden at Cornerstone but that is too lengthy for a blog post.  I do however, want to cover something important to me:  kid friendly spaces.  Cornerstone is by far a place for kids to be free (albeit supervised –  there is a difference) and experience design with nature. We took 4 little rascals to Cornerstone.  Garden Play by Topher Delaney and Stone’s Throw by Land I out of Rome, Italy were a delight. 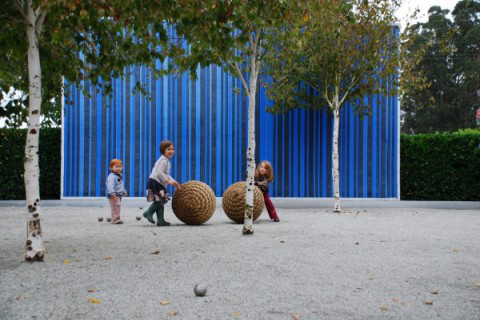 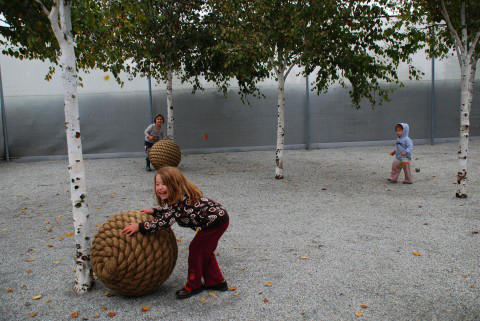 The kiddos spent a chunk of time in Garden Play rolling around giant spheres of twine, picking up the smaller, heavier balls, and creating their own games around the trees.  Over at Stone’s Throw they ran among the 3 foot tall grasses and over the giant, undulating concrete form in between.  The kids could see above and between the grasses when they were standing on the “giant sculpted stone” and they were hidden from all when weaving along the path through the grass.  Stone’s Throw was a Bug’s Life redux for toddlers and preschoolers. Open ended play was golden in the gardens at Cornerstone!

On an edible note, I must praise Sage Fine Food and Provisions for their tasty treats and peanut butter and jelly (not featured on the menu- but granted by special request).  I had the most exquisite Italian Ricotta Tart with olives and sun dried tomatoes I’ve ever tasted!

At Cornerstone we laughed.  We negotiated.  We snacked.  We ran.  We played.  We had some serious fun under the soft skies of Sonoma that Saturday afternoon.

For more images of the many gardens at Cornerstone see the Gallery below: 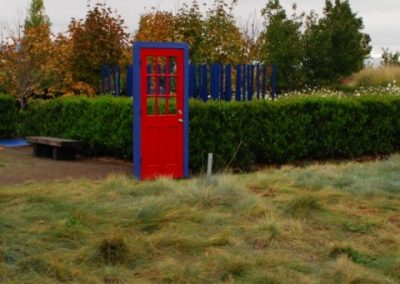 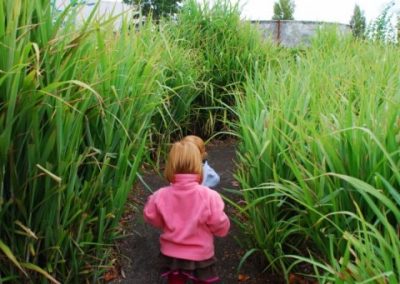 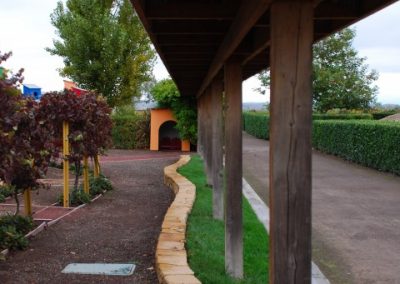 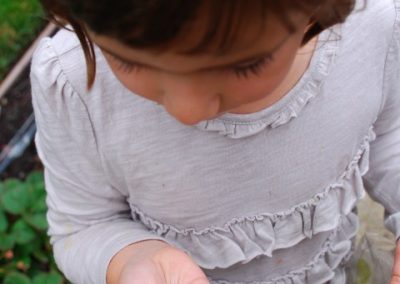 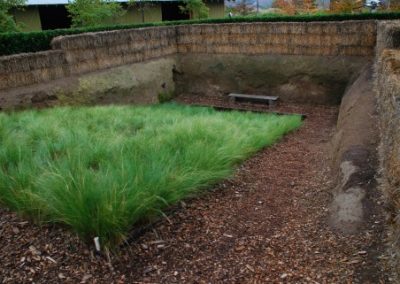 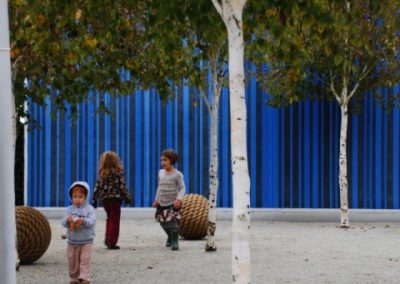 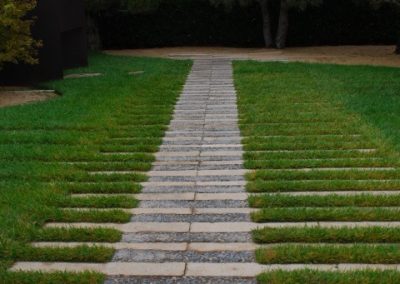 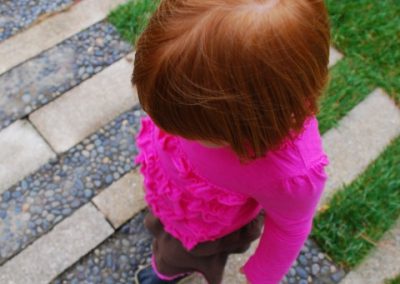 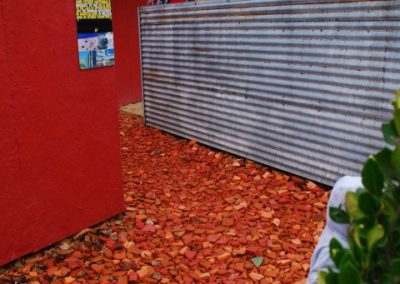 A Small Tribute to Immigrant Workers I 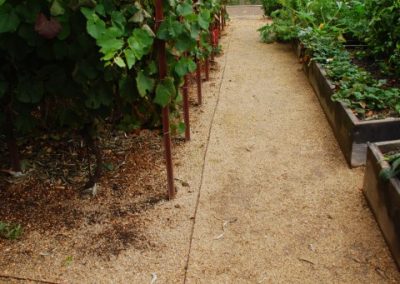 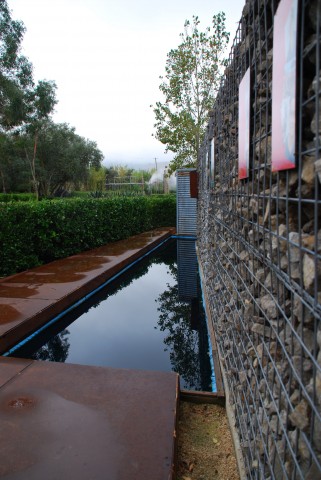 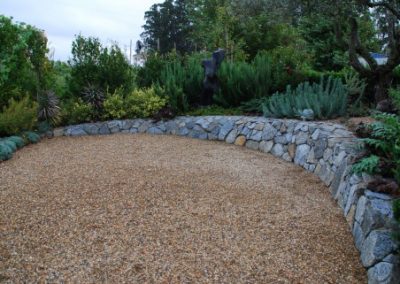 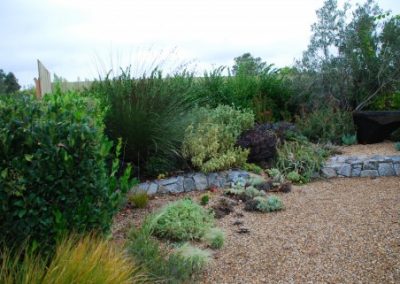 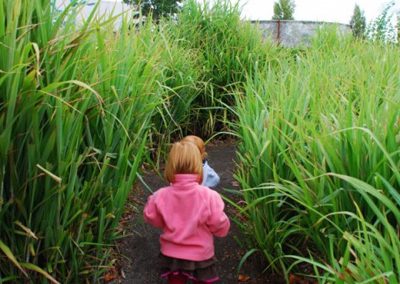 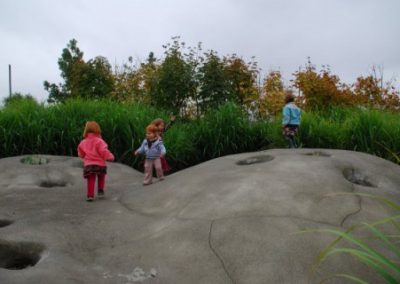