Every issue, landscape designer Darbi Davis digs deep to bring you stories for your outdoor space. This month: how to spot a mid-century yard.

Mod-scaped gardens surrounding 1950’s and ’60s homes are dotted throughout the west, and Tucson has a few time capsules not to be missed, some of them in their untouched, over-grown glory. Here’s the low-down on the mid-century yard, and how to spot one:

1. Inside/outside living: The gardens of atomic times were inspired by architectural styles that flowed inside to out. Material continuity, unobstructed views, geometric lines, shifts in elevation, and a connection to the outdoors were aesthetically essential. What was once a fireplace hearth on the interior projected straight out onto the patio and terminated as a planter box. 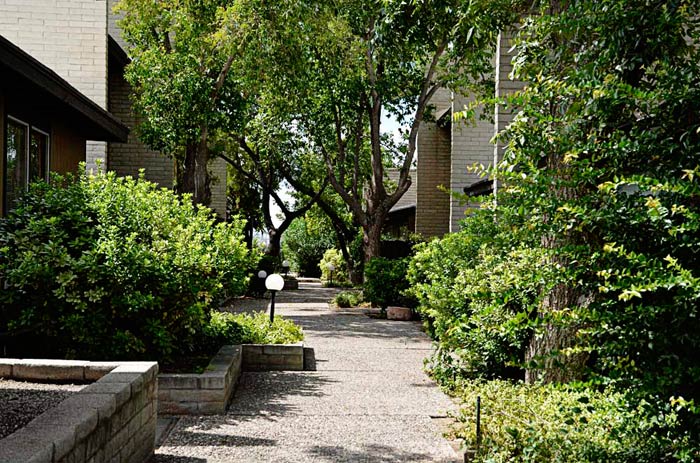 2. Plants as architecture: Plants propelled architectural elements into the garden, forming living walls or partitions. An evergreen shrub was meticulously sculpted and maintained as a voluminous, boxy hedge for suggested privacy, while a large specimen plant made a statement, or became a landmark. Plants were sculpted into pom poms or plates, creating a visual interplay of mass and void and visually dictated direction or movement within the space. 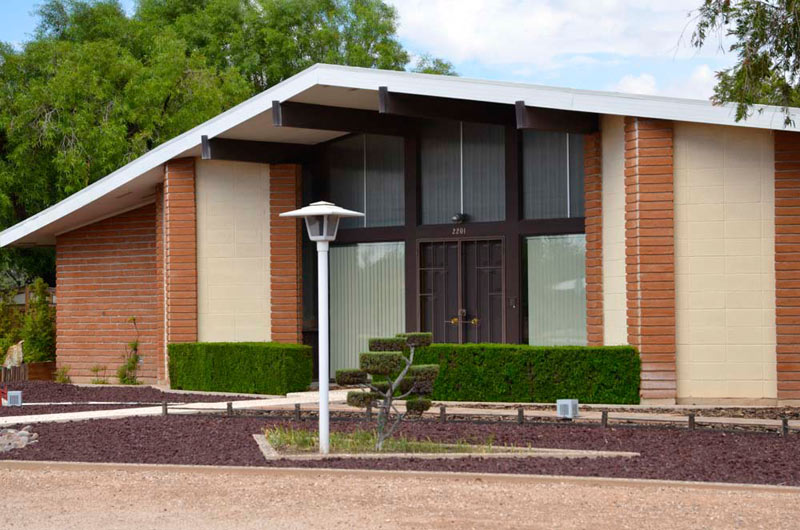 A hedge wall and pom pom’s lead to the front door.

3. Gardens were for the people: The Atomic times called for outdoor spaces that were comfortable and accommodated the average American family living in suburbia. Form and function were integral. Hardscapes consisted of concrete, exposed aggregate or stone arranged in organic and/or angular geometric patters. Coupled with plants, their placement and form directed movement within the space, and established a scale that spoke to the comfort level of both children and adults.

Exposed aggregate pavers are staggered to reflect the angles of the architecture, lead to the front door, and allow for edge plantings.

Get the mid-century look now:

These sculptural plants create a vertical element in a Mid-Mod way. Don’t block the arches!

Bee Brush smells divine and the flowers are adorable. A rough and tough plant has tiny leaves while one well watered has slightly larger ones. Place in a location where it’s easy to get your nose near the flowers! 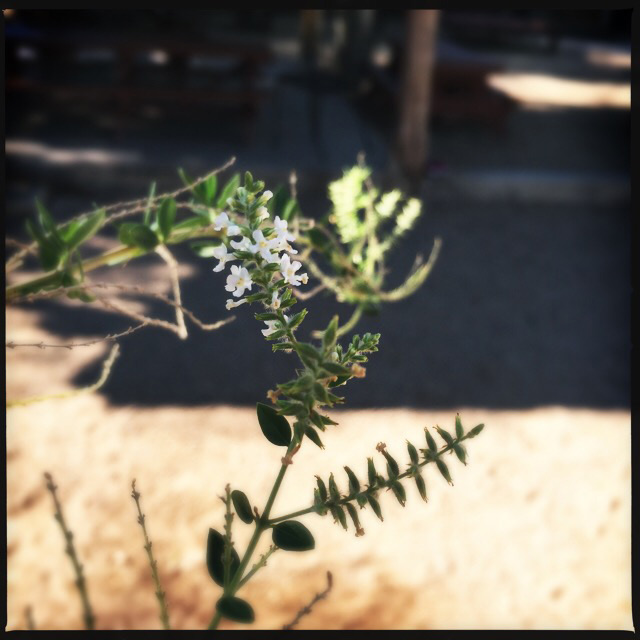